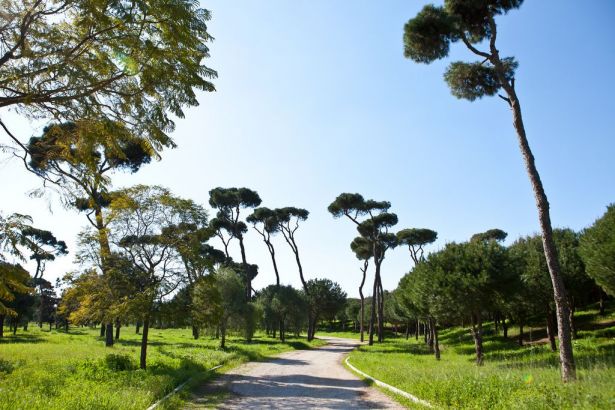 Plans to build a stadium in a park in the city of Beirut have sparked protests from local activists. Horsh Beirut is one of the largest green spaces in the city, and could potentially serve as a recreational area for thousands of citizens. However, the park has been closed to the public for over twenty years. The construction of a stadium would further diminish hope of re-opening the park as a public space.

A group of local activists, united in ‘Nahnoo’ (‘we’) is fighting for the reopening of Horsh Beirut. They claim that public green spaces are vital to a community, since these are locations where people meet and interact. In a divided society such as the Lebanese one, public spaces can play an important role in community building. Horsh Beirut is located between a Sunni, a Shia and a Christian neighbourhood, which makes it a place where people from these different communities could meet.

The activists at Nahnoo have worked to get Horsh Beirut re-opened for years, doing tours of the park, staging improvised picnics in the city and organising debates on the subject. This April The Activist Academy will be devoted to the issue of public space. Horsh Beirut and the struggles to reclaim it for public use will serve as an example.

The goal of The Activist Academy is to work on concrete action, strengthen an international network of activists, foster inspiration and connection and learn about new tools and tactics for better and improved activism.

Stay updated to learn about our program (that is being developed as we speak).

In the framework of the “Together to re-open and re-activate Horsh Beirut” campaign, NAHNOO – our organizing partner in Lebanon – organized a public debate on the status of Horsh Beirut, the only existing park in the capital city.
The meeting took place the 17th of January 2015.

From 9 – 12 April 2015 PAX and NAHNOO will organize a new version of the Activist Academy, a place where activists from different countries exchange, interact and work together for more effective and concrete action. The topic of this academy is going to be PUBLIC SPACE. Why is this an important topic to work on?

Coen Veerman (intern at the Activist Hive) has reviewed different sources of information regarding public space. For the whole article, see below.