ISIS and the Syrian Regime are Cut out of the same cloth.
Both are heartless murderers.
the SAME SHIT, with a different packaging! 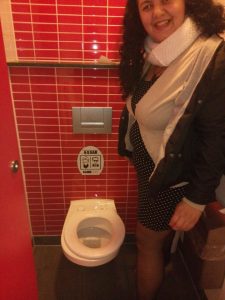 This is the message of Marcell Shehwaro who visited us end October right after she launched the #SameShit campaign in coordination with other activists from Kesh Malek (Checkmate). #SameShit is an advocacy campaign explaining that the Syrian regime and The Islamic State are cut out of the same cloth. With sarcastic material she wants to show the similarities between state, and non-state terrorism. The message is that ISIS the cruelties of the Al Assad regime are just as bad  as those of ISIS, even though most current media only shows the latter. They are the #SameShit! Kesh Malek wants you to remind this, even when you visit the bathroom!

According to Kesh Malek  western media is to be blamed, as they are unable to `see the bloody regime behind the ISIS knife, after over 200,000 deaths and more than half the Syrian population as refugees due to the Assad state terrorism.’ Therefore, Kesh Malek challenges the media by combining the works of cartoonists, artists and writers aiming to shed some light on the similarities between ISIS and the Syrian regime in a sarcastic way.

Kesh Malek also criticises the US led coalition. ‘The coalition does not provide any political or military solution to the main problem in Syria, which is the Syrian regime. In our opinion, the Coalition strategy remains half done.’
Both reasons stipulate the importance of Western public opinion. Therefore,  the main focuss of the campaign is the Western audience interested in the Syrian conflict. For that reason, the #SameShit campaign is fully in English.

The campaign will be active on the hashtag #SameShit on Facebook and twitter. Also there is an Official FB page for the campaign in English. Through these media outlets, Kesh Malek will publish music, designs, cartoons, videos, brochures and other artistic material . There is also  merchandise (hoodies, cups, and laptop stickers) for sale.

People alle over the world have been supporting the #Sameshit campaign.  Join the movement! Print the poster and stick them on every toilet you see! Make a picture and post it on our Facebook page. 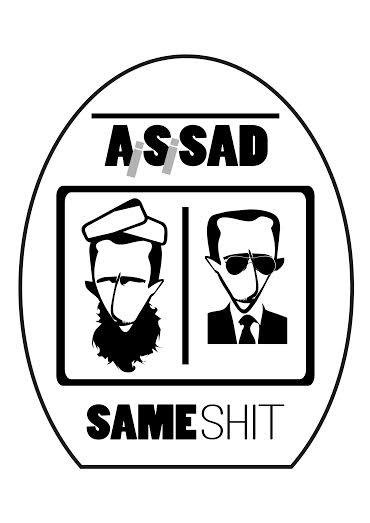